Life lessons from my Kenmore. Part 2.

September 22, 2018
Had an IM exchange over the weekend with an erstwhile editor of mine at the Wall Street Journal. He happened to mention that he'd seen Part 1 of this little series, and he thought it was much ado about nothing. "A cute little item," he said, "but what's the upshot? OK, so we can't possibly know everything all the time. So? We do the best we can based on the information we have. You can't get all caught up in what you don't know all the time, or else nothing would ever get done."

That sort of shruggish, "big deal/so what?" outlook overlooks the crucial implications here for human fallibility and, in turn, the humility we ought to feel about the things we think we know. Sure, we still need to get 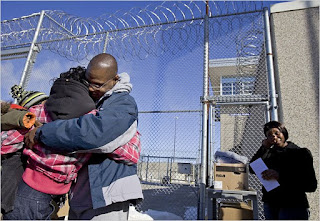 things done. It's just that maybe we ought to do them with somewhat less certitude about our grasp of the pertinent facts than many of us display as we go about our business.

As one of the most obvious and relatable examples, let's take the question of eyewitness identifications; I researched the topic extensively for my forthcoming article for Skeptic on the justice system. Once considered the gold standard of courtroom evidence, eyewitness IDs—"That's the man who raped me and I'll go to my grave seeing his ugly, sweaty face!"—in recent years have been revealed for the sham most folks in law enforcement (privately) knew them to be all along. The Innocence Project reports that 75 percent of the 238 cases it has helped overturn via DNA evidence were cases in which convictions were won based in whole or in part on eyewitness (mis)identification. The prisoners in question served an average of a dozen years behind bars before exoneration. Seventeen were on Death Row. Someday, I hope, we'll begin to get a handle on how many innocent people were actually executed (or, to put it more colorfully, how many went to their death seeing their false accuser's ugly, sweaty face). Perhaps those grim revelations will finally drive home the point with respect to just how certain we should be about the things we're certain of.

Needless to say, there are countless other key areas of life where this same phenomenon applies: love, child-raising, workplace dynamics. How do we ever know what we simply don't know? How can we ever be sure we've based our conclusions on all of the evidence? How can we even know that the things we take as Givens—those basics where we reassure ourselves, "Well, if nothing else, at least we know [fill in the blank]"—are in fact true/valid?

This is also a common bugaboo in all forms of planning: You think you've got it covered. You think you've thought of everything. Till you realize that not only didn't you think of everything, but the thing you didn't think about (a) was, or should have been, obvious and (b) negated or undid everything else you were trying to accomplish. This particular foible most commonly manifests itself as the so-called law of unintended consequences, wherein your best-laid plans set in motion a series of unforeseen effects that end up exacerbating the very problem that your planning was designed to address.

Here's a quick example that I mention in SHAM: In an odd and unprecedented coincidence, over the course of a couple of years, two or three Little Leaguers die tragically when baseballs strike them in the chest and stop their hearts. Distraught parents sue the leagues, claiming—rightfully—that nothing outweighs the safety of a child. But some smaller leagues, especially in underfunded inner-city neighborhoods, cannot afford the liability insurance or extra protective gear that soon becomes mandatory, so they shut down. Now the affected kids are no longer exposed to the (generally obscure) danger of having their hearts stopped by a moving baseball...but they also have nothing to do after school, so they get involved in more mischievous, if not downright dangerous, activities. As a result, many more than just two or three kids die, and countless other kids head off in the wrong direction in life. That's textbook law of unintended consequences. Something meant to "protect the children!" ends up harming if not killing them.

So when you read items like this one and you think, "Gee, that really seems kind of lightweight and silly," keep in mind that what we're talking about isn't just a dish in a dishwasher. Sometimes it's a hapless guy on Death Row. Or it's the WMD that is—or isn't?—hidden somewhere in a far-off land.

August 10, 2018
If you made it all the way through my very long Skeptic article on the criminal-justice system, you know that eyewitness identifications — once viewed as the gold standard of guilt in criminal cases, especially rapes — are now being revealed as the shaky evidentiary tool that law-enforcement officials a lway s p rivately knew them to be. In fully 75% of the DNA-based exonerations wrought by the In nocence Project , there had been a positive ID at trial . Tonight I got a lesson from my egg roll in why so-called "forensics science" should probably be the next to go out the window. Some background. Sunday night after dinner I swept and vacuumed, and this morning my wife and I were both out of the house early without eating breakfast. In other words, nothing took place on the kitchen table all day until dinner. I was the first to arrive home, and in fact, when I walked into the house at about 4: 30, with the sun streaming through the blinds and across the hardwood floors of t
Read more

Innocent till jurors start to really dislike you?

September 22, 2018
Here's yet another case , tragic in countless senses, where overzealous prosecutors jumped the gun and focused on the wrong suspect — the father, who spent eight months in jail — before learning six years later that someone else, in this instance a convicted sex offender, had done the grisly deed. The remarkabl e work of The Innocence Project teaches us that these episodes are hardly a rarity. All told, as of this writing, Scheck, Neufeld et al have freed 254 convicts who were wrongly (and, too often, wrongfully) co nvicted. This is why I've said many times that the standards of evidence, or what we call evidence, are way too lenient. (See particularly here and here . If you're a glutton for punishment [no pun intended], you might also want to read my long September '09 piece for Skeptic , " Criminal Injustice .") I am gravitating more and m ore to the position that if there isn't verifiable physical evidence linking someone to a crime scene, no charg
Read more