Innocent till jurors start to really dislike you?

September 22, 2018
Here's yet another case, tragic in countless senses, where overzealous prosecutors jumped the gun and focused on the wrong suspect—the father, who spent eight months in jail—before learning six years later that someone else, in this instance a convicted sex offender, had done the grisly deed. The remarkable work of The Innocence Project teaches us that these episodes are hardly a rarity. All told, as of this writing, Scheck, Neufeld et al have freed 254 convicts who were wrongly (and, too often, wrongfully) convicted.
This is why I've said many times that the standards of evidence, or what we call evidence, are way too lenient. (See particularly here and here. If you're a glutton for punishment [no pun intended], you might also want to read my long September '09 piece for Skeptic, "Criminal Injustice.") I am gravitating more and more to the position that if there isn't verifiable physical evidence linking someone to 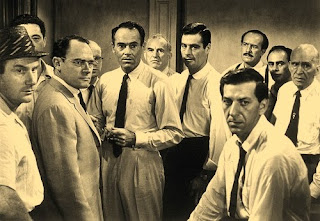 a crime scene, no charges should be filed. Among other things, this would ameliorate the justice system's racial inequities. It would eliminate convictions based on circumstantial evidence. And it certainly would rule out verdicts that flow from jurors' impressions of a defendant's demeanor at trial: As I've also said on several occasions, that sort of vague, inferential "fact"-finding, rooted in nothing more than a defendant's Q-score and/or wildly fallacious assumptions about "how people ought to behave" in such circumstances*, is so arbitrary, subjective and prejudicial that it has no place anywhere near a court of law. Its specific exclusion should be part of a judge's instructions to the jury.

Would this result in at least some guilty parties going free? Yes. But I go by that old saw about how "it's better that 10 guilty men go free than that one innocent man is convicted." After all, you can't exonerate someone who has already been executed.

* which of course is itself largely rooted in jurors' perceptions of how they would behave, which has zero bearing on the matter at hand.

February 16, 2022
Not far from where I write this is a very nice park, a true urban oasis: one of those elongated greenbelts that, together with the sweeping peripheral roads on either side, particularly lends itself to the description "parkway." For the past quarter-century, the park has been inhabited by a gentleman named Earl. It follows th at this gentleman, now nearing 70, bears the whimsical/romantic labe l "Ea r l of the P a rkway." Earl's exploits have been much-chronicled , such that he is today something of a f olk hero, albeit a melancholic one, among those who live in areas adjacent to the park. Strictly speaking, Earl doesn't have to live in the park. He has options. Many would thus say he chooses to live there. (Or, if we prefer not to use terminology that evokes issues of free will vs. determinism, we could posit simply and neutrally that Earl continues to live there, regardl ess of whether alternatives objectively exist.) You might say that based on that de
Read more

What we should expect from our news.

December 03, 2019
From time to time since February 2008, when my long article on journalism and the news media first appeared in the online version of Skeptic * , people have asked me for more specifics on what I regard as the building blocks of valid, serious-minded news coverage. This is going to be a lengthy post, so I'll dive right in without further preamble. The News must be apolitical. This line of thought reached critical mass in 2001 with the controversy over Bernie Goldberg and his muck-raking book, Bias ** , which savaged the mainstream media for its strong (and unapologetic) left ward tilt. It's a familiar argument by now and there's no need to go into it at any great length. I think we'd get a fairly universal buy-in—at least in principle—on the idea that the News should never have a specific political agenda, Left or Right. That consensus is likely to crumble a bit when you g et to a more pointed discussion of implementation. For example, we'd have no trouble finding
Read more