August 10, 2018
If you made it all the way through my very long Skeptic article on the criminal-justice system, you know that eyewitness identifications—once viewed as the gold standard of guilt in criminal cases, especially rapes—are now being revealed as the shaky evidentiary tool that law-enforcement officials a 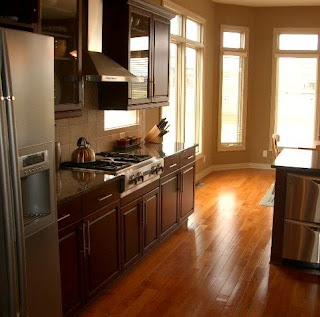 lways privately knew them to be. In fully 75% of the DNA-based exonerations wrought by the Innocence Project, there had been a positive ID at trial.

Tonight I got a lesson from my egg roll in why so-called "forensics science" should probably be the next to go out the window.

Some background. Sunday night after dinner I swept and vacuumed, and this morning my wife and I were both out of the house early without eating breakfast. In other words, nothing took place on the kitchen table all day until dinner. I was the first to arrive home, and in fact, when I walked into the house at about 4:30, with the sun streaming through the blinds and across the hardwood floors of the dining room and kitchen, I remember being pleased at how sleek and spotless the rooms looked; like a nice photo from one of those "modern home" magazines. Anyway, my wife arrived moments later with Chinese food. As I set out plates, she placed the bag containing the food on one end of the long dining-room table, the end where we always sit. All of the food was removed on that side of the table, a good six feet from the table's other end, where no one sat. Since she'd also brought glasses and drinks to the table after setting the food down, and I'd brought napkins, neither of us found it necessary to get up for anything from the moment the bag was opened until the moment the meal was finished. What's more, the air conditioning was on, which means the windows were closed, which means there were no breezes to deal with.

And yet when I got up to put the plates in the sink a half-hour later, the first thing I noticed was a spray of crumbs at the far end of the table, beneath a chair upon which no one had sat. I went over to check it out. They were tiny pieces of an egg roll.

My point? How many episodes of 48 Hours or Dateline have you watched where a defendant was convicted based on testimony that sought to reconstruct the crime scene and thereby explain why the crime could've only happened a certain way? (That is, when a defendant isn't convicted because jurors "didn't like his demeanor at trial" or similar peripheral nonsense.) How many times have you heard "expert" testimony explaining why blood found in a certain place, or in a certain pattern, had to mean such-and-such?

My kitchen was not a crime scene tonight, thankfully. And yet I can guarantee you that a forensics expert who came to the house to "reconstruct" our dinner would've stated with certainty that someone ate at the far end of the table. "Otherwise," he or she might pose, rhetorically and with a knowing smirk, "how did those crumbs get there? Did they just walk across the floor to the place where they came to rest?"

Things happen all the time that no one can explain. You are positive, absolutely positive, that you left your keys on the counter...but you find them under the sofa cushion. There is no reason for them to be under the sofa cushion; you weren't even on the sofa! But there they are. You shrug off those puzzling episodes because they're inconsequential in the larger scheme of things. Then one day you're arrested for something and suddenly cops and criminologists are finding all sorts of ominous, incriminating significance in life's inexplicable little mysteries.

I find it frightening.

February 16, 2022
Not far from where I write this is a very nice park, a true urban oasis: one of those elongated greenbelts that, together with the sweeping peripheral roads on either side, particularly lends itself to the description "parkway." For the past quarter-century, the park has been inhabited by a gentleman named Earl. It follows th at this gentleman, now nearing 70, bears the whimsical/romantic labe l "Ea r l of the P a rkway." Earl's exploits have been much-chronicled , such that he is today something of a f olk hero, albeit a melancholic one, among those who live in areas adjacent to the park. Strictly speaking, Earl doesn't have to live in the park. He has options. Many would thus say he chooses to live there. (Or, if we prefer not to use terminology that evokes issues of free will vs. determinism, we could posit simply and neutrally that Earl continues to live there, regardl ess of whether alternatives objectively exist.) You might say that based on that de
Read more