February 16, 2022
Not far from where I write this is a very nice park, a true urban oasis: one of those elongated greenbelts that, together with the sweeping peripheral roads on either side, particularly lends itself to the description "parkway." For the past quarter-century, the park has been inhabited by a gentleman named Earl. It follows that this gentleman, now nearing 70, bears the whimsical/romantic label "Earl of the Parkway." Earl's exploits have been much-chronicled, such that he is today something of a f 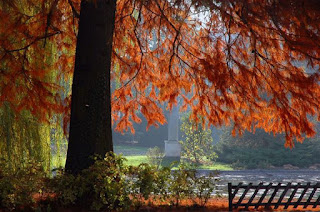 olk hero, albeit a melancholic one, among those who live in areas adjacent to the park.

Strictly speaking, Earl doesn't have to live in the park. He has options. Many would thus say he chooses to live there. (Or, if we prefer not to use terminology that evokes issues of free will vs. determinism, we could posit simply and neutrally that Earl continues to live there, regardless of whether alternatives objectively exist.) You might say that based on that decision alone, Earl is, ipso facto, nuts. And if a man is nuts, then you can't expect him to avoid doing the things that nutty people do. Things like, say, live in parks. The reasoning is circular but apt.

Therefore, it would seem that it falls to those of us who aren't nuts to protect Earl from himself, if we possibly can. At least we must try. Many locals bring food, clothes, etc., to the monument that generally serves as Earl's home base.

By now you know where I'm going with this. There are millions of incipient Earls out there. By that, I don't just mean that there are millions of people on the verge of homelessness, though that is certainly true nowadays. I mean that there are millions of people, perhaps tens of millions, perhaps more, who are equally trapped by who and what they are.* They are all a little nuts, stumbling through life as best they can, hostage to their flaws and foibles, and standing far closer than they'd ever admit to the precipice of utter self-destruction.
Is it not up to the rest of us—those of us who, relatively speaking, "have our act together" and are better equipped for life—to try to protect all these lesser Earls from themselves?

If not, tell me why not.

These are the kinds of things I think when I read the angry, tea-stained letters about how "health care isn't a basic human right!" and how "I shouldn't have to pay my hard-earned money to support some jagoff who's too lazy to work!" I know these aren't easy issues, but I can't help thinking: If a man is lazy...well, the man is lazy. Just as the barroom brawler constantly sabotages himself by getting caught up in barroom brawls. Some people aren't very good at negotiating life. Whatever they can do, even if it is legitimately their best, isn't good enough. They may not exactly be square pegs, but their existence unfolds as an unending struggle to find compartments in which they fit neatly. In any case, they're not going to do a very good job of looking out for themselves or their families. Doesn't someone have to?

As I see it, the ambitious, hard-driving person can no more choose to be lazy than the lazy good-for-nothing can choose to be ambitious and hard-driving. Though at opposite poles in the spectrum, they are, like Earl, equally ruled by their essential natures. Can they be changed? Can the slacker be taught to be more diligent about life? Perhaps he can. But until he changes, he's not there yet.

A final point. My mother-in-law, who lives with us these days, is quite short, so she frequently needs my help to reach things. As we didn't pick our respective heights, she doesn't deserve criticism for being short; no more than I deserve praise for being 6-4. That doesn't change the bottom-line: I can reach things that she can't. So when she needs help, I help her.

Wouldn't it be cruel for me not to? S

* And again, if we appraise this through a strictly deterministic lens, that description—"trapped by who and what we are"—applies to each and every one of us.

August 10, 2018
If you made it all the way through my very long Skeptic article on the criminal-justice system, you know that eyewitness identifications — once viewed as the gold standard of guilt in criminal cases, especially rapes — are now being revealed as the shaky evidentiary tool that law-enforcement officials a lway s p rivately knew them to be. In fully 75% of the DNA-based exonerations wrought by the In nocence Project , there had been a positive ID at trial . Tonight I got a lesson from my egg roll in why so-called "forensics science" should probably be the next to go out the window. Some background. Sunday night after dinner I swept and vacuumed, and this morning my wife and I were both out of the house early without eating breakfast. In other words, nothing took place on the kitchen table all day until dinner. I was the first to arrive home, and in fact, when I walked into the house at about 4: 30, with the sun streaming through the blinds and across the hardwood floors of t
Read more